Family of 7 triumph over tour operator to £8,810 settlement success

Thanks to the travel law experts at Holiday Illness Claims, a family of 7 have successfully received £8,810 in compensation following severe gastric illness in Turkey. 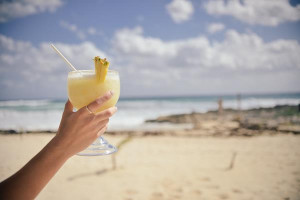 Layton and Kelly Davies travelled to the five-star Liberty Hotels Lykia in September 2014 with their three children and 2 close family members, in eager anticipation of a memorable family getaway.

Unfortunately, it soon became clear to the Carmarthenshire couple that the hotel was in the midst of a sickness outbreak.

The hotel is not five-star, father Layton comments before adding, it wasnt up to five-star in cleanliness.

There was vomit in sinks, vomit in the amphitheatre and vomit in the bins, even projectile vomit from another child in our childs hair.

Then, just days into their sunshine stay, all 7 members of the Davies family fell ill within quick succession, experiencing the debilitating symptoms of sickness and diarrhoea.

Mother Kelly became so acutely ill that she was rushed to hospital and placed onto a drip.

One by one every member of our group had this illness, including the 2-year-old baby, states Layton.

Due to this we lost a week and a half of our fortnight holiday to nursing and convalescing.

Despite raising concerns with their tour rep, Layton claims that their response to the outbreak was far from adequate.

I complained to the reps on daily basis, yet they would offer no feedback, he recalls.

They even said that we would have to pay extra to be moved to a different hotel. There was no way we could afford this with the money we had already spent on medical bills and other out of pocket expenses.

Speaking to the specialist claims team at Holiday Illness Claims, Layton is certain that poor hygiene standards at Liberty Hotels Lykia were the root cause of his familys suffering. He alleges to have witnessed a number of hygiene breaches during his stay, including:

Once back in the UK, the Davies family wasted no time in making an official complaint with Thomas Cook. Although the tour operator responded to their concerns, the Davies refused their offer of £2,100 in compensation, resolving instead to pursue a claim for sickness at Liberty Hotels Lykia with Holiday Illness Claims.

Sue Robinson, experienced claims lawyer at Holiday Illness Claim represented the familys claim on a no win no fee basis.

With Sue in their corner, the sickness stricken 7 received £8,810 in a successful settlement with Thomas Cook, more than quadrupling the tour operators original offer.

Commenting on the case, Sue said: I am delighted with this result and I trust that the Davies family are too.

This case clearly demonstrates that it is not always advisable to negotiate directly with your tour operator. In our experience, if tour operators respond to complaints at all, the compensation they offer is usually in the form of travel vouchers or small monetary amounts, severely undervaluing your claim.

I would always advise anyone who chooses to negotiate with their tour operator to seek independent legal advice before accepting such offers as once an offer is accepted, you cannot then pursue a legal claim for compensation.

At Holiday Illness Claims, our dedicated helpline remains open on 0800 01 54321, offering tailored legal advice to anyone who has been unfortunate enough to fall ill on a package holiday within the last three years. Our friendly and highly knowledgeable claims experts can advise you of the merits of your case and answer any questions you may have.

Layton added, I will not be travelling with Thomas Cook in the future and certainly will not be recommending them to family and friends. This holiday really was a nightmare from start to finish.

With over 50 years experience in travel law and an unparalleled claim success rate, Holiday Illness Claims have the expertise and knowledge to ensure that you receive the maximum compensation.

We have already helped scores of stricken Liberty Hotels Lykia holidaymakers claim hundreds of thousands of pounds in damages, with news of our success even featuring in The Sun newspaper.

To see how we can help you, get in touch with Holiday Illness Claims today.

Or, to arrange a call-back, simply fill in the 60-second form below and a dedicated holiday illness solicitor will be in touch within 24 hours.