The specialist solicitors at HolidayIllnessClaims have helped a Renfrew family claim nearly £8,000 in compensation after outbreaks of illness plagued guests at the Coral Sea Water World, Sharm El Sheikh, Egypt. 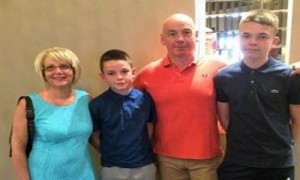 Mr and Mrs Mackinnon and their two sons had travelled to Sharm el Sheikh in July 2014 but were quickly struck by severe symptoms of gastric illness.

On their return home, the family turned to HolidayIllnessClaims for help to make a no win no fee claim against their tour operator on a no win no fee basis, receiving £7,900 in compensation.

Mr and Mrs Mackinnon, along with their son Scott, flew out to Sharm El Sheikh in July 2014 for a 2-week stay at the popular Coral Sea Water World Resort.

The Scottish family hoped that the four-star all-inclusive hotel would provide the perfect blend of entertainment and relaxation for a memorable family holiday.

Little did the Mackinnons know that the trip would indeed prove memorable, but, for reasons very different to those they had imagined.

Within days of their stay, the family fell prey to an illness outbreak that had allegedly descended upon the sprawling SplashWorld complex.

The Mackinnons suffered from a range of unpleasant gastric symptoms including nausea, vomiting and diarrhoea alongside flu-like symptoms.

Mrs Mackinnon recollects that several of her fellow hotel guests were ill during their stay and she reports witnessing scores of hotel guests queuing at the pharmacy to collect medicines.

It appeared clear to the Mackinnon family that poor hygiene on behalf of the hotel was the source of guests suffering. Mrs Mackinnon raised concerns that a smell of sewage was clearly detectable in their hotel room and was shocked to see bird poo on the dining room tables.

Once back in the UK at the close of their ruined holiday, the Mackinnon family continued to suffer illness symptoms for a further 3 months.

Mr and Mrs Mackinnons son, Scott, suffered severely and was diagnosed with a confirmed case of shigella sonnei a highly contagious bacterial infection spread via contact with diseased faecal matter.

Ongoing illness outbreaks at the Coral Sea Water World Resort are thought to have affected more than a hundred holidaymakers with many of those affected turning to compensation specialists Holiday Illness Claims for expert legal advice.

Anne Thomson, head of travel law at Holiday Illness Claims commented: I am delighted to have been able to secure a settlement for the Mackinnon family following their disastrous Sharm El Sheikh holiday.

Illness outbreaks plagued guests at the Coral Sea Water World throughout 2014 and 2015.

Our legal team is on hand to help anyone who has suffered from illness at the Coral Sea Water World within the last 3 years pursue a no win, no fee compensation claim. I strongly urge anyone who has fallen ill at this resort to come forward and seek the recompense they deserve.

With Annes help, the Mackinnon family received £7,900 in compensation from tour operator Thomson after suffering shigella dysentery on holiday in Egypt.

Mrs Mackinnon said that she is delighted to have received that amount and comments that Anne could not be faulted she was always on hand to answer any questions we had and kept us updated throughout the claim process.

Provided that your stay was within the last 3 years and was booked as an all-inclusive package with a tour operator, the specialist solicitors at Holiday Illness Claims could help you claim anything between £770 and £43,890 in compensation.

We have already secured over £1 million in total compensation for holidaymakers following illness outbreaks in Egypt.

Or, if you’re unable to talk to us right now, you can arrange a call back with one of our experts by completing our online holiday illness contact form here.