A holidaymaker from Flintshire has successfully received £4,000 in compensation thanks to the legal experts at Holiday Illness Claims after a severe salmonella infection contracted at the four-star Marina Byblos Hotel, Dubai led to months of misery. 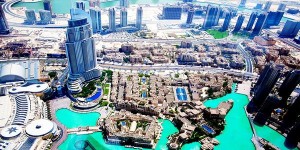 Here at HolidayIllnessClaims we have recently helped a family from Flintshire receive £4,000 in compensation after they suffered a salmonella infection at the Marina Byblos Hotel in Dubai.

Peter Welch and his wife had planned a once in a lifetime trip to Dubai but were left suffering months of illness after falling sick at the four star hotel. After contacting HolidayIllnessClaims on their return home, Mr Welch was able to bring successful no win no fee claim for compensation against his tour operator.

If your holiday has been ruined by illness in the last 3 years, the specialist solicitor at HolidayIllnessClaims could help you receive the compensation you deserve. To talk to one of our specialist solicitors about how we can help you, call us on 0800 01 54321.

Salmonella ruins stay at the Marina Byblos Hotel in Dubai

Peter Welch and his wife booked a 7-night stay at the Marina Byblos Hotel for late September 2014 hoping to take in the many sights of Dubai through planned excursions.

However, Mr Welch had little opportunity to explore his surroundings as within three days of his arrival, he began to suffer from crippling stomach cramps, diarrhoea and vomiting.

Mr Welch is clear that poor food hygiene on behalf of the hotel was to blame for his suffering. Speaking to the experts at Holiday Illness Claims, Mr Welch states that he would frequently witness staff add new supplies of food to existing buffet foods.  Mr Welch also expresses dismay that desserts were never chilled, despite Dubai boasting an average temperature of 91 degrees Fahrenheit for September.

My stomach was in constant turmoil, explains Mr Welch. Owing to the severity of his illness, Mr Welch was left unable to eat anything for nearly a week once illness struck.

Despite reporting his illness to hotel staff, Mr Welch claims that no-one appeared to be bothered by his condition and he sought medical attention from the resorts pharmacy.

Unfortunately, despite taking an array of prescribed medications, Mr Welchs condition failed to improve and he remained unwell on his return home.

After consulting his doctor in the UK, tests revealed that the cause of Mr Welchs suffering was in fact a salmonella infection. However, this knowledge was little comfort to him as he continued to suffer from repeat illness symptoms for a number of months and lost a considerable amount of weight as a result.

With Annes help, Mr Welch recovered £4,000 in a successful no win, no fee settlement.

Commenting upon the case, Anne said: I am delighted that I was able to assist Mr Welch after his holiday at the Marina Byblos Hotel, Dubai was ruined by illness.

Salmonella is one of the more common sources of illness on holiday and at Holiday Illness Claims we regularly hear from holidaymakers who have contracted this gastrointestinal infection through poor food hygiene.

If you have suffered from illness symptoms such as diarrhoea and vomiting on a package holiday within the last three years, Holiday Illness Claims could help you pursue a no win, no fee claim for damages of up to £43,890. We are here to support and guide you through the claims process.

Mr Welch added: I am extremely grateful to Anne and the team at Holiday Illness Claims for all their hard work.

Our aim at Holiday Illness Claims is simple: to ensure that you receive the maximum compensation for your salmonella holiday illness claim.

We have over 50 years experience in travel law and an unrivalled claim success rate to provide you with the best legal representation.

Alternatively, complete the online contact form and a dedicated holiday illness lawyer will be in touch within 24 hours.