Husband and wife triumph over tour operator to £6,016 compensation victory

A couple from Birmingham have received £6,016 in compensation with the help of Holiday Illness Claims after illness ruined their anniversary at the Hideaway at Royalton, Cancun in Mexico 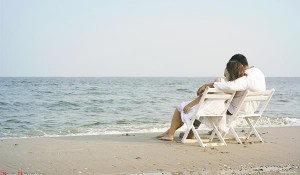 Mr and Mrs Evans jetted off to the adults only Hideaway at Royalton, Cancun in April 2015 looking forward to spending some much-needed time together as a couple.

Twinned with the Royalton Riviera Cancun, guests at the Hideaway are free to use facilities at both locations, allowing them access to a total of 9 restaurants, 10 bars and 4 swimming pools. However, it soon became apparent to the ill-fated Evans that the facilities on offer were far below the five-star standard described.

Mrs Evans vividly recalls being served dishes, including meat and fish dishes, that were consistently cold. On successive nights we would send our meals back to the kitchen as they were obviously below temperature. This was the case even though we ate at different a la carte restaurants every night, she said.

Mrs Evans also claims that hygiene standards around the hotel were less than desirable stating that a thick scum would accumulate around the entrance to the main swimming pool and our room was fumigated twice during our stay as little black creatures would swarm over the bed linen.

Within the first week of their stay, Mr Evans fell ill with agonising stomach cramps, vomiting and diarrhoea. Unfortunately, Mr Evans was to continue to suffer from illness symptoms for the remainder of the holiday.

Just a day later, Mrs Evan began to experience the same crippling illness symptoms. She suffered so severely that the couple were forced to seek medical attention from the resort doctor.

The Evans express great dismay that although they reported their illness and concerns to numerous members of hotel staff and their tour representative, they were largely ignored and their plight dismissed.

The tour rep was horrible and patronising. She blatantly said that food abroad is always lukewarm and what did we expect. As I work in the food industry myself I was well aware that no food should be kept at lukewarm temperatures, elaborated Mr Evans.

Never once did she ask how we were and she seemed to be completely oblivious to issues around the hotel.

We even saw the doctor attend our neighbours in the hotel yet no action was taken to remedy the situation.

Exhausted by their ordeal at the Hideaway at Royalton, Cancun, Mr and Mrs Evans returned home still suffering considerably from illness symptoms. Alarmingly, GP tests revealed that Mrs Evans had in fact contracted gastroenteritis on holiday and Mr Evans was diagnosed with a suspected bacterial infection requiring a course of antibiotics.

A further month was to pass before the stricken couple returned to their pre-holiday states of health.

Anne Thomson, head of travel law at Holiday Illness Claims, was the couples first port of call for legal advice.

With Annes help Mr and Mrs Evans recovered £6,016 in a successful no win no fee illness claim.

Commenting on the case, Anne said: I am incredibly pleased that I was able to assist the Evans following their ruined anniversary break at the Hideaway at Royalton, Cancun.

At Holiday Illness Claims we regularly hear from holidaymakers who have had a holiday ruined by illness in Mexico. I strongly advise anyone who has experienced illness symptoms on a Mexican package holiday within the last three years to contact either myself or the dedicated claims team for compensation advice.

Mrs Evans added: I cannot recommend Holiday Illness Claims enough. Anne was an absolute professional and kept us apprised of all developments throughout the claim process.

What is your claim worth?

Our specialist solicitors have over 50 years experience in travel law and an unrivalled claim success rate to help you pursue a no win no fee claim for anything between £770 – £43,890.

Our only aim is to ensure that you receive the maximum award possible for your claim.

Alternatively, to request a call-back, complete the online contact form and a claims expert will be in touch within 24 hours.