£4,500 triumph over the tour operator for holidaymaker who underwent emergency surgery in Cyprus

A Plymouth holidaymaker has successfully received £4,500 in a compensation pay out from tour operator First Choice after a severe ear infection turned septic and left him with no choice but to undergo emergency surgery in a foreign country. 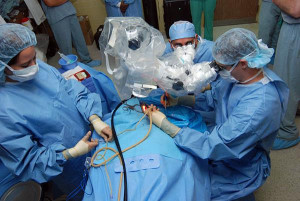 Derek travelled to the resort in June 2014 with his wife and young son for a much-anticipated family wedding. Unfortunately, the stricken wedding guest found little to celebrate as he was floored by excruciating pain and nausea in the run up to the big day.

Speaking to the dedicated claims team at Your Holiday Claims, Derek claims that it soon became apparent that the hotel was in the midst of an illness outbreak as many people in the hotel had to be seen by the doctor on site due to ear infections.

The Plymouth man is certain that poor pool hygiene was the source of the outbreak and lists his complaints as follows:

Just days before the eagerly awaited wedding, Derek describes waking to a feeling of nausea and light-headedness.

I began to get pain in my ear and took some analgesia for this, he recollects.

As I was on holiday with my family for a family wedding I didnt want to ruin their holiday too by being unwell so tried to get on with things.

As the morning progressed I felt very unwell and told my wife I was going back to the room to lie down.

All I can remember from this point was going to bed as I was in excruciating pain and felt very sick.

When Dereks wife went to check on him, she found that his condition had deteriorated further. Derek was now complaining of intense pain and presented in an unsteady and confused state.

Following consultation with the hotel doctor, Derek was rushed to hospital and advised this is very severe and you need treatment immediately.

Despite receiving IV antibiotics, fluids and pain relief, the stricken holidaymaker had developed septicaemia and was forced undergo emergency surgery in order to remove infected tissue from the ear.

Three days passed before Derek was discharged from hospital. He describes his hospitalisation as incredibly distressing for both himself and his family, particularly his young son. [My little boy] was very distraught seeing daddy so poorly and couldnt understand why I wasnt at the hotel, he explains.

Although Derek was discharged in time for the wedding, he was unable to join in much of the build-up and found it a struggle to participate in the events as he remained plagued by repeat illness symptoms.

I attended [the wedding] as I didnt want to let anyone down on such a special occasion, he states.

I have to admit this was very difficult and I struggled at times throughout the day.

Astoundingly, Derek was to remain unwell on his return home and sought the services of his GP where it was confirmed that a severe bacterium in the ear drum was indeed the cause of his continued suffering.

Angered by his experiences at Electra Village Hotel and keen that no-one else should have to suffer the consequences that we did, Derek resolved to pursue a claim for holiday illness in Cyprus.

Acting on a no win no fee basis, Anne secured a compensation pay-out of £4,500 for the stricken Plymouth holidaymaker.

Commenting on the case, Anne said: I am delighted that I was able to help Mr Akred claim compensation following serious illness at Electra Village Hotel.

Mr Akreds case clearly demonstrates how vitally important it is that only the highest standards of hygiene are maintained in all-inclusive hotels.

No holidaymaker should suffer in this manner and I would urge anyone who has fallen foul of hygiene standards on a package holiday within the last three years to come forward and contact Holiday Illness Claims.

With over 50 years experience in travel law and an unrivalled claim success rate, Holiday Illness Claims have the expertise to ensure that you receive the maximum compensation.

To see how we can help you pursue a successful no win no fee claim without the hassle, contact Holiday Illness Claims today.

Alternatively, complete the online contact form and a claims specialist will be in touch as soon as possible.