Holiday Illness Claims have successfully secured a pay out of £2,046 for a Middlesex holidaymaker bedridden by an outbreak of gastric illness at Dreams La Romana in the Dominican Republic. 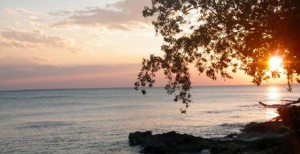 Aaron OConnor jetted off to Dreams La Romana in November 2014 greatly looking forward to making the most of the five-star facilities on offer.

However, it soon became apparent to the account that hygiene standards at the resort didnt quite add up.

Speaking to the experts at Holiday Illness Claims, Aaron vividly recalls being presented with reheated and recycled food that was either cold or lukewarm. Aaron further adds that prepared food was frequently uncovered.

The Middlesex man also turns his attention to hotel cleanliness and believes the resort was in a generally poor condition with the room never cleaned properly.

Within days of his arrival at the resort, Aaron fell prey to an outbreak of gastric illness that was allegedly circling his fellow holidaymakers.

Crippled by stomach cramps, diarrhoea and vomiting, the stricken holidaymaker claims that he was effectively bed bound as he couldnt risk being away from the room for more than 5 minutes.

The stomach cramps were so intense that I couldnt stand up, he elaborates.

Although Aaron received medical treatment from the onsite doctor, he claims that this did little to ease his distress and he remained plagued by repeat illness symptoms for the remainder of his nightmare stay.

Aaron expresses great regret that he missed out on so much due to holiday illness. In the end I paid the resort photographer to take pictures so that I would have some memories of the holiday as I was in the room so much, he explains.

Once back in the UK, Aaron resolved to pursue a claim for illness in the Dominican Republic with industry leaders Holiday Illness Claims.

Anne Thomson, head of travel law at Holiday Illness Claims, handled Aarons claim on a no win no fee basis.

The experienced solicitor was able to secure a settlement of £2,046 for the afflicted holidaymaker.

Commenting on the case, Anne said: I am extremely pleased that I was able to obtain a positive result for Mr OConnor after such a dreadful holiday experience at Dreams La Romana.

Poor food hygiene is one of the most common causes of holiday illness and we are regularly contacted by holidaymakers who have fallen foul of hygiene standards.

At Holiday Illness Claims our helpline remains open to anyone who has suffered illness symptoms such as diarrhoea and vomiting on a package holiday within the last three years. We can help you claim the compensation you deserve in a quick and hassle-free claim.

Holiday Illness Claims have over 50 years experience in travel law and an unrivalled success rate to help you recover anything up to £43,890 in regards to your .

Or, simply complete the online contact form and a dedicated holiday illness lawyer will be in touch as soon as possible.