A family of 6 have successfully received a total compensation pay-out of £7,000 following a sickness stricken stay in Spain. 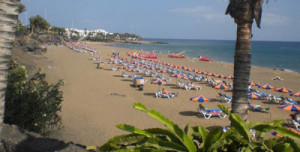 The Granger family turned to industry experts Holiday Illness Claims for specialist legal advice after their much-anticipated May 2016 getaway to Club Playa Blanca, Lanzarote, was plagued by an alleged outbreak of gastric illness.

Speaking to the dedicated claims team at Holiday Illness Claims, mother Mrs Granger claims that upon arrival at the Thomas Cook promoted resort, it soon became apparent that the facilities were far from three-star as described.

The disgruntled parent states that cats were seen to wander around the buffet area with the food on offer left uncovered and sat for prolonged periods of time, inviting flies. She further adds that food was occasionally served undercooked and the swimming pool did not appear to be clean or to be cleaned regularly.

Mrs Granger is certain that poor hygiene standards at the resort were to blame when one by one, she and her family were struck by the crippling symptoms of gastric illness. Her belief was further reinforced when conversations with other guests revealed that they were not the only ones suffering.

Despite seeking medical attention in resort, the Grangers claim that their illness left them unable to take part in either day-time or night-time activities, effectively ruining their hard-earned holiday.

Once back in the UK, the Granger family resolved to pursue a claim for holiday illness in Spain, appointing Anne Thomson, head of travel law at Holiday Illness Claims on a no win no fee basis.

With Anne on their side, just 12 months after their ruined holiday, the sickness stricken party were awarded £7,000 in compensation from tour operator, Thomas Cook.

Commenting on the case, Anne said: I am so pleased with this result and I trust that the Granger family are too.

Gastric illness has no place within a package holiday and I would strongly urge anyone who has been unfortunate enough to suffer from symptoms such as sickness and diarrhoea on holiday to get in touch with either myself or the team at Holiday Illness Claims for advice on the merits of pursuing a compensation claim. As long as your ruined stay was booked as a package and was within the last three years, you too could be entitled to thousands.

Mrs Granger added: Anne was lovely and kept me updated throughout the claim.

Start your claim today with the industry leaders

With over 50 years experience in successfully settling claims and an unrivalled success rate, its easy to see why thousands of British holidaymakers have already made Holiday Illness Claims their first choice for legal representation.

To find out we can help you receive the compensation you deserve in a hassle-free, no win no fee claim for holiday illness, get in touch today.

Or, fill in our 60-second contact form and an experienced Spain claims specialist will be in touch as soon as possible.