The dedicated claims solicitors at Holiday Illness Claims have helped a holidaymaker receive £4,000 in a successful no win no fee claim after severe gastric illness led to hospitalisation abroad and a significant recovery period. 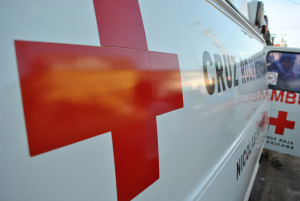 However, it soon became clear that the facilities on offer were far from five-star as described as Diana fell victim to gastric illness during the second week of her much-anticipated stay.

Diana was so severely unwell that her condition necessitated medical attention. After being taken to hospital by ambulance, the stricken holidaymaker was placed onto a drip and received antibiotics intravenously to battle dehydration.

Speaking to the experienced claims team at Holiday Illness Claims, Diana states that being ill ruined our holiday.

The tour rep and hotel staff were not helpful and although they were aware of my illness, no one contacted us about going to hospital.

She further comments that hygiene standards at the hotel left much to be desired after being presented with:

Once back in the UK, Diana remained significantly unwell and sought further medical assistance from her GP. Unfortunately, her return to health was to prove slow as she remained plagued by repeat illness symptoms for months, missing out on the entire summer.

Between the ruined holiday and being left unwell for months, I have been left with a very bad taste for Thomson holidays, she comments.

£4,000 triumph over the tour operator

After being left far from impressed with a claims management company, Diana turned to the experienced team at Holiday Illness Claims for help to pursue a no win no fee claim for holiday illness in Mexico.

Commenting on the case, Sue said: I am delighted with this result and I trust that Diana is too.

“At Holiday Illness Claims, we understand how distressing falling ill on holiday can be, especially when holidaymakers receive medical treatment abroad.

Thats why we aim to make the claims process as simple and hassle-free as possible, negotiating directly with your tour operator in order to ensure that you receive the maximum compensation with amounts to cover the illness you suffered, loss of enjoyment and any out of pocket expenses.

I would always advise anyone who is unfortunate enough to fall ill on holiday to ensure that a log of their illness is made with their tour operator and to seek medical attention if necessary. Documenting any hygiene concerns and swapping contact details with other afflicted guests can also prove useful should you wish to make a claim for compensation.

Diana added, I am very happy with the service I received from Sue and all the team at Your Holiday Claims.

Help is at hand from Holiday Illness Claims

If illness or injury struck during your package holiday, help is just a phone call or click away with Holiday Illness Claims.

As long as your ruined stay was booked as a package and was within the last three years, you too could receive thousands in a successful no win no fee claim.

Our industry leading solicitors have over 50 years experience in travel law and have developed an unrivalled claim success rate to provide you with the very best legal representation.

Or, complete the quick online enquiry form and a Mexico claims specialist will be in touch within 24 hours.

For more information on what your claim could be worth, check out our compensation guidelines.